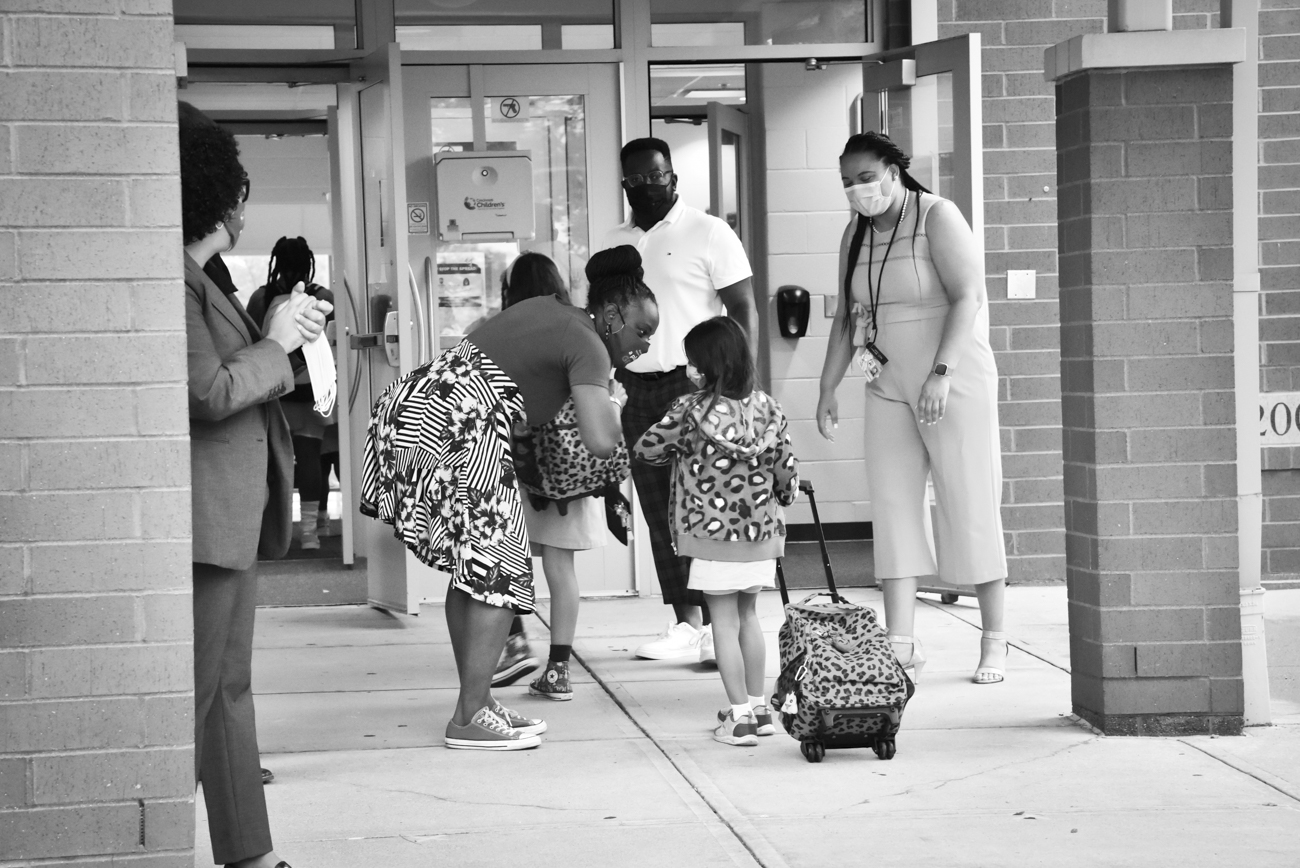 August 19th year 2021, a year and a half since school was closed due to the pandemic, the front of PRM was bustling with fathers and caregivers welcoming over 730 students with cheers, fist pumps and applause to the first day of school at the Million Fathers March!  Music played on speakers carrying Andra Day’s voice singing “Rise up.”  The words sounded out…rise up, like the day, unafraid. The rain spit light drops, but held off until the final group picture was taken.  PRM had the great honor to welcome the attendance of Interim Superintendent Tianay Amat who passed out masks and encouraged the students.  The past year’s only constant was change, a change that resulted in a summer of rest and now we rise up like the day. Tears may have formed on more than one cheek and many a sigh was exhaled in a car filled with silence, but the hope and the cheers were clear – it was a great morning for new beginnings.

Welcome back PRM Community! To all caregivers, parents, students, staff – all of you make this community rock!