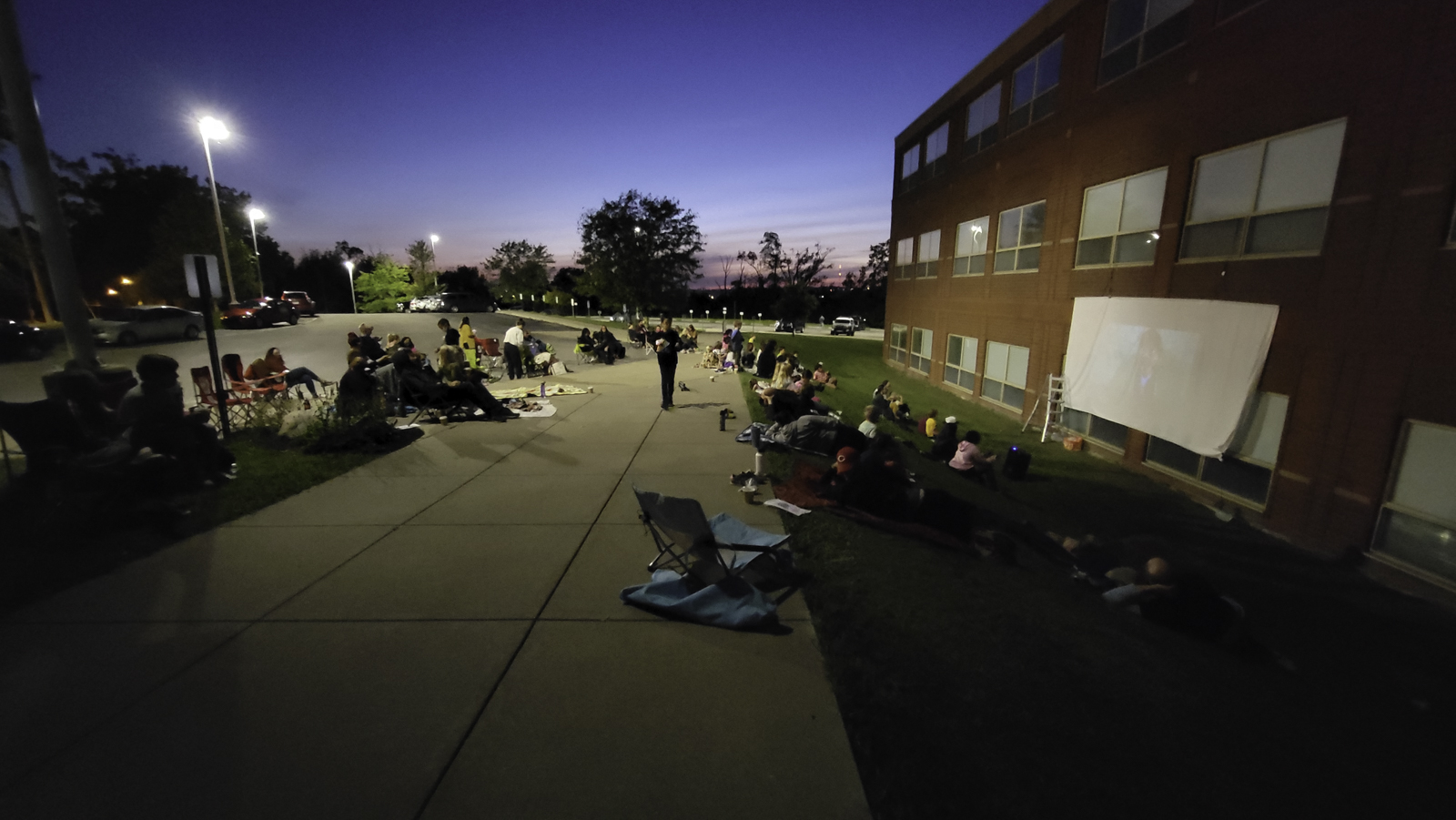 On September 24th, the PRM Community held its first ever Hispanic Heritage Celebration and Movie Night!  Thank you to Laura Hershberger and Alma Garces for sharing their families heritage, stories, games, candy and language!  A beautiful orange glow from the sunset flooded everywhere while Alma shared with everyone the story and history of el Día de los Muertos, the Hispanic holiday, the Day of the Dead. On a table you could find the fruits, candles, candies and pictures that families display on an ofrenda on Dia de los Muertos. She brought the very special Mexican bread that is made all the way from Mexico for the dead, called pan de ánimas (spirit bread).  On Dia de los Muertos, it is believed that  the bridge from the spirit world to the real world opens and family members are guided by flowers and ofrendas to celebrate and be with family again. A Foosball table kept kids busy and excited winning special candy.  The kids loved playing and learning Spanish words from the Mexican bingo game called Loteria. Hung over the displays and games were the colorful flags from the countries where Hispanic American’s ancestors are from, Spain, Mexico, the Caribbean and Central and South America.  The cool evening was warmed by Community Happens Here, who came to serve and give out free coffee, tea, hot chocolate and hot cider. Thank you to RuthAnne Wolfe!  The celebration ended with watching a movie together with free popcorn and water.  Families gathered on blankets and chairs while children sat captivated while others took breaks rolling down the hill clad in their pajamas or PRM spiritwear from the school day.  The gift of bringing the community together to celebrate Hispanic Heritage was to learn, to connect, to celebrate with joy and to hope – a wonderful gift from the celebration of the Dia de los Muertos  – to hope and remember our loved ones who are no longer in the physical world. Thank you to everyone who joined us and to all the volunteers who made it possible!

“Each year, Americans observe National Hispanic Heritage Month from September 15 to October 15, by celebrating the histories, cultures and contributions of American citizens whose ancestors came from Spain, Mexico, the Caribbean and Central and South America.

The observation started in 1968 as Hispanic Heritage Week under President Lyndon Johnson and was expanded by President Ronald Reagan in 1988 to cover a 30-day period starting on September 15 and ending on October 15. It was enacted into law on August 17, 1988, on the approval of Public Law 100-402.

The day of September 15 is significant because it is the anniversary of independence for Latin American countries Costa Rica, El Salvador, Guatemala, Honduras and Nicaragua. In addition, Mexico and Chile celebrate their independence days on September 16 and September18, respectively. Also, Columbus Day or Día de la Raza, which is October 12, falls within this 30 day period.”

~ from the website listed below that was created in collaboration from the Library of Congress and the National Endowment for the Humanities, National Gallery of Art, National Park Service, Smithsonian Institution, United States Holocaust Memorial Museum and U.S. National Archives and Records Administration. https://www.hispanicheritagemonth.gov/